Doesn't the beginning of a new year always feel fresh?
Like that new car smell or laundry right out of the dryer.
In my case, the new car smell is opening a new roll of twine or a new package of PL cards.

I've been thinking about how I was going to continue on with my Pocket Scrapbooking recently.  For 2013 and 2014 I've done weekly, and I've been pretty good at keeping up with it.  However, I'm noticing now that Neysa is in pre-school and dance classes, I don't have too much interesting stuff to fill a weekly spread with!!  I've also got a school album (sort of - everything's pulled together and ready to throw in the book!!) started for her, too.

With all that being said, I've decided to take a monthly approach for 2015.

Since January started off with snow here in Utah, I thought it was only fitting to start my 2015 album with a snow spread.

(This page will also serve as the "first" page of my album.) 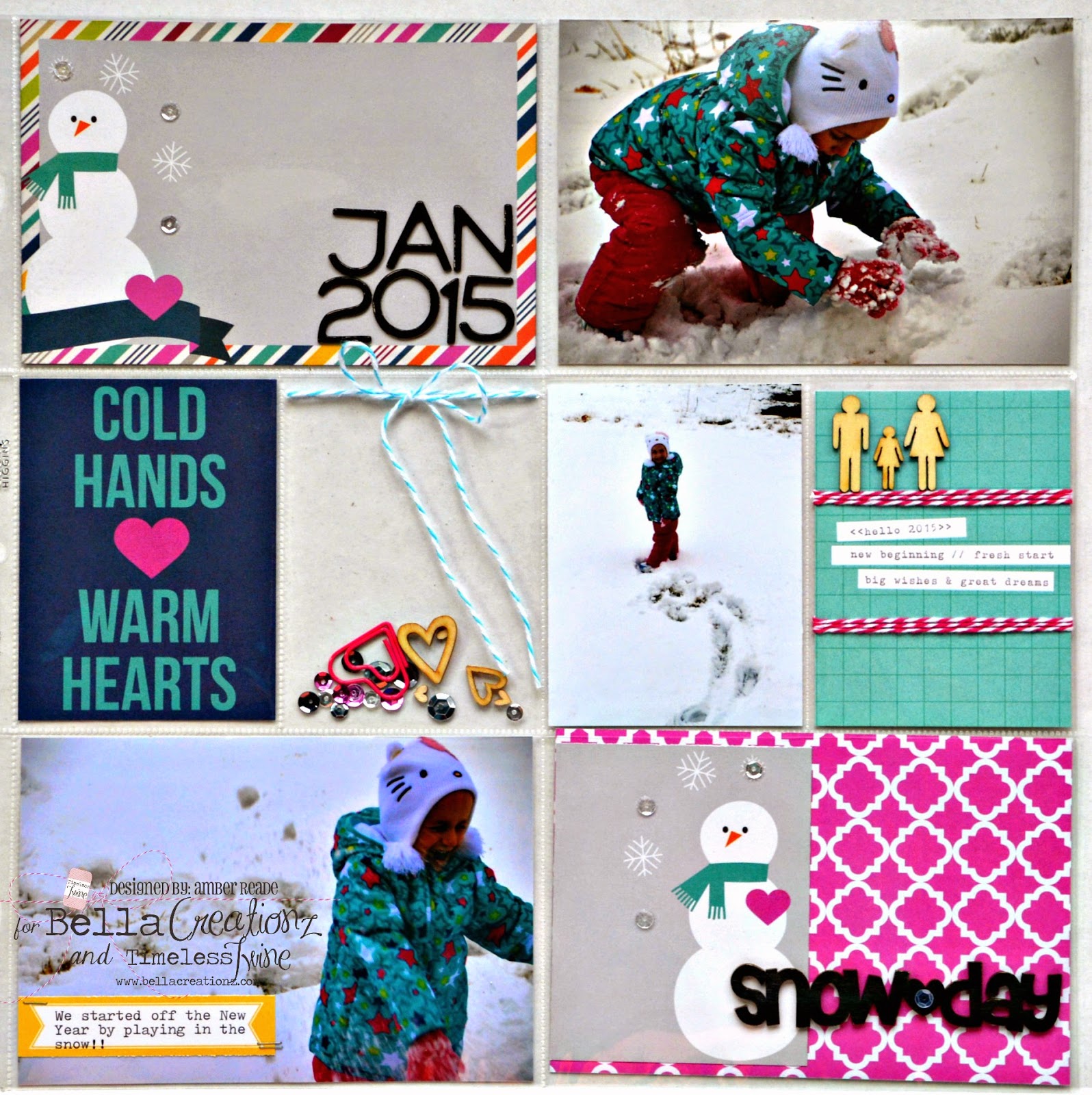 Remember this??  Well, I wanted to do something like that, only right into my spread instead of doing a separate insert for it.

I filled the pocket with hearts (you'll see that I use hearts on almost everything!!) and sequins (Sparkly Clear for the snowflakes, Raspberry-Pink mix, and graphite gray), and stitched it together with Aqua Blue twine.  I think it turned out quite adorable. :) 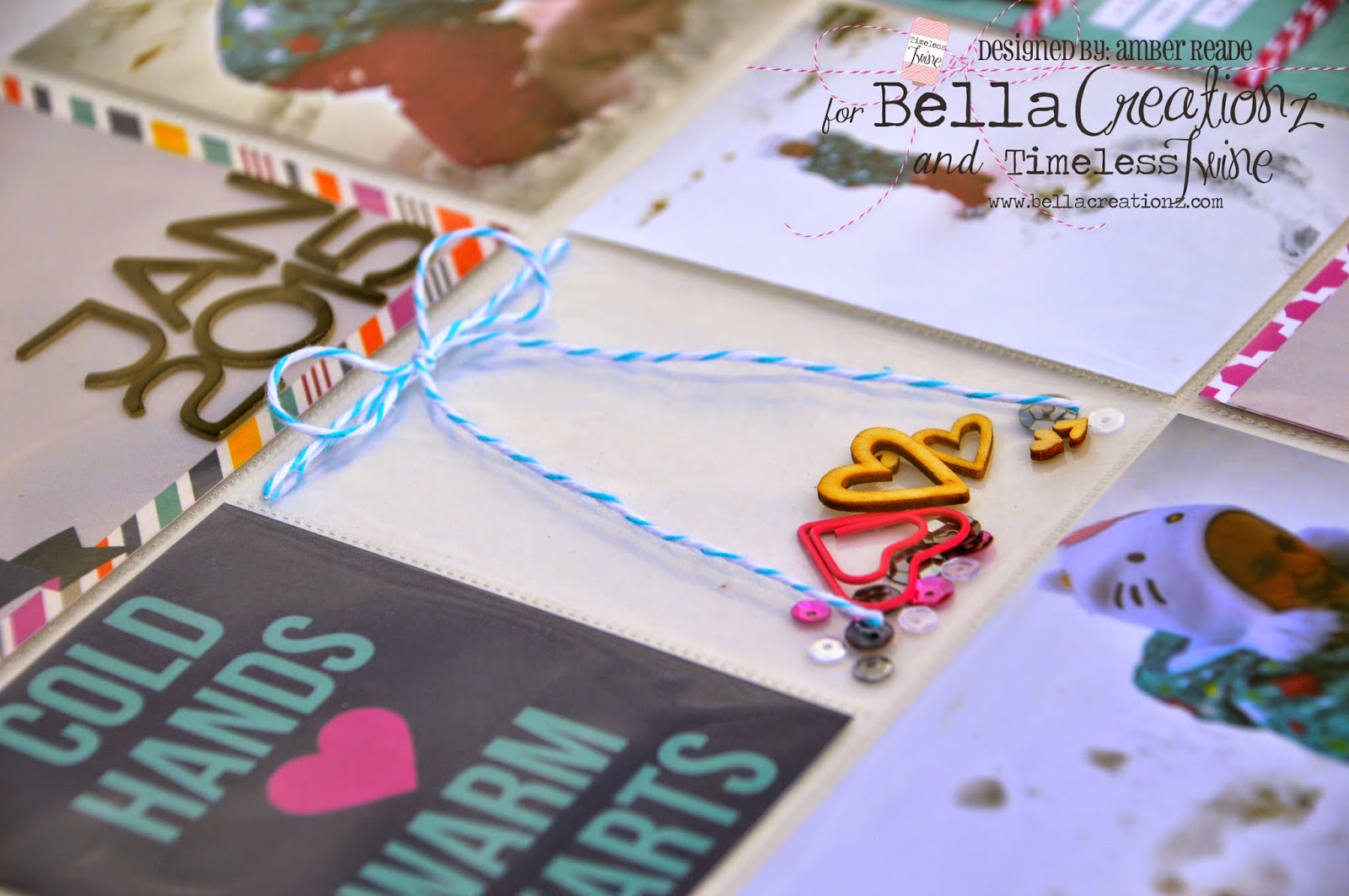 In addition to hearts, I'm also a pink addict.  I {love} pink.
I'm sure having a little girl helps feed this addiction!

I loved this turquoise card from Elle's Studio, but it needed a little pop to it.  Add Raspberry-Pink twine, wrapped several times around the card, and ta-da!  Texture and pop added. 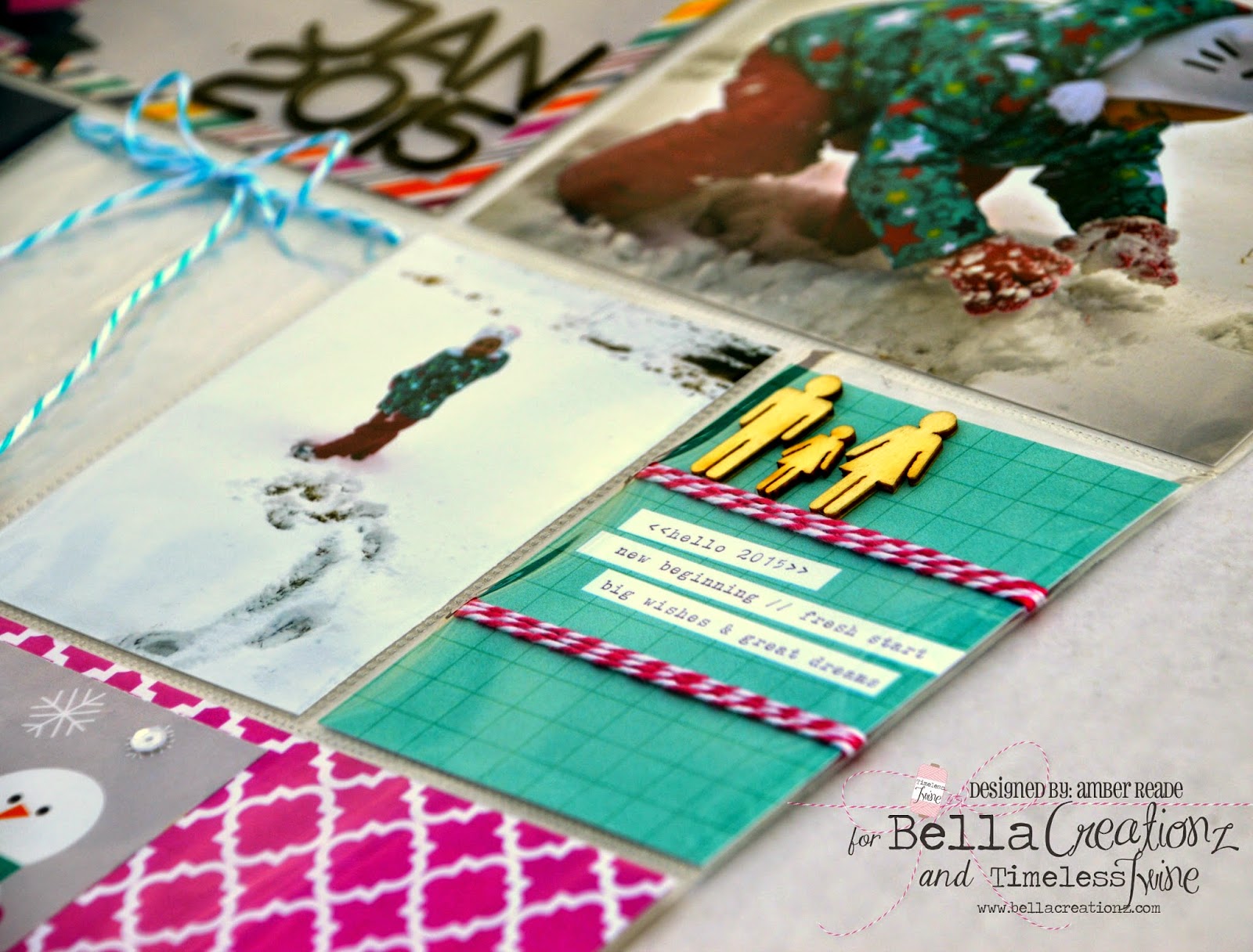 Well, that's the end of my starting point of 2015.
Until next time, friends!!

Today is my first post with Bella Creationz/Timeless Twine and I think you're going to {LOVE} what I've got to share with you.


Even though it's January, I know that some (most? ;)) of you are still finishing up your 2014 edition of December Daily.

I chose to do mine differently this year.  Instead of creating a full mini album as I did last year, I am inserting it right into my pocket album.  December Daily is basically a daily scrapbook of your December events.  Really fun to do with all of the holiday events that happen!

I chose Doodlebug's "Santa Express" as the base for this project.  I'm in LOVE with the bright colors and Timeless Twine accents and matches perfectly with it!!!

Throughout the course of this year, I'm going to show you how easy and {CUTE} it is to use Twine in your pocket spreads.  It adds so much to your LO's.

Here's my full spread:
You can click on each image to open it up bigger to see all of the detail! 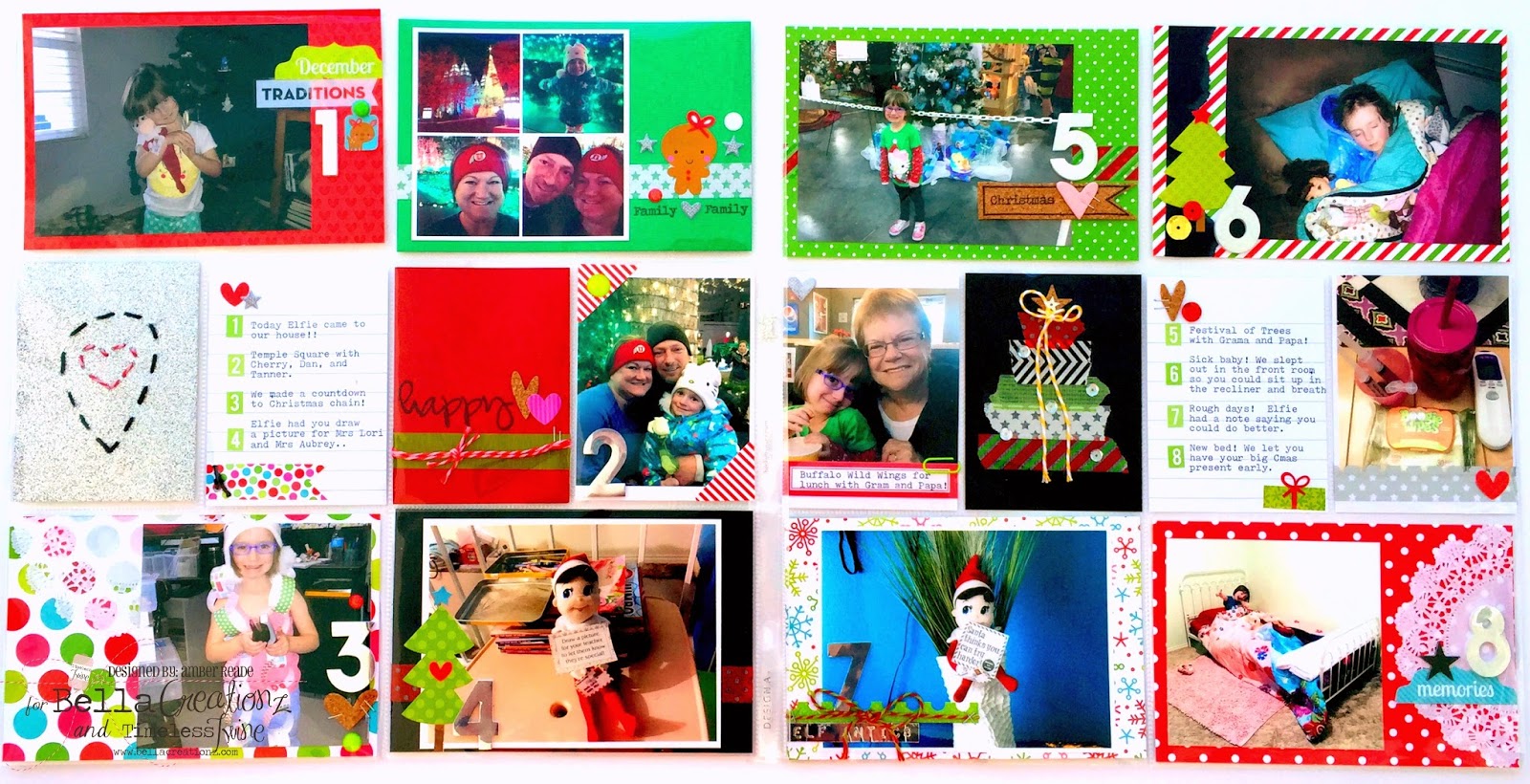 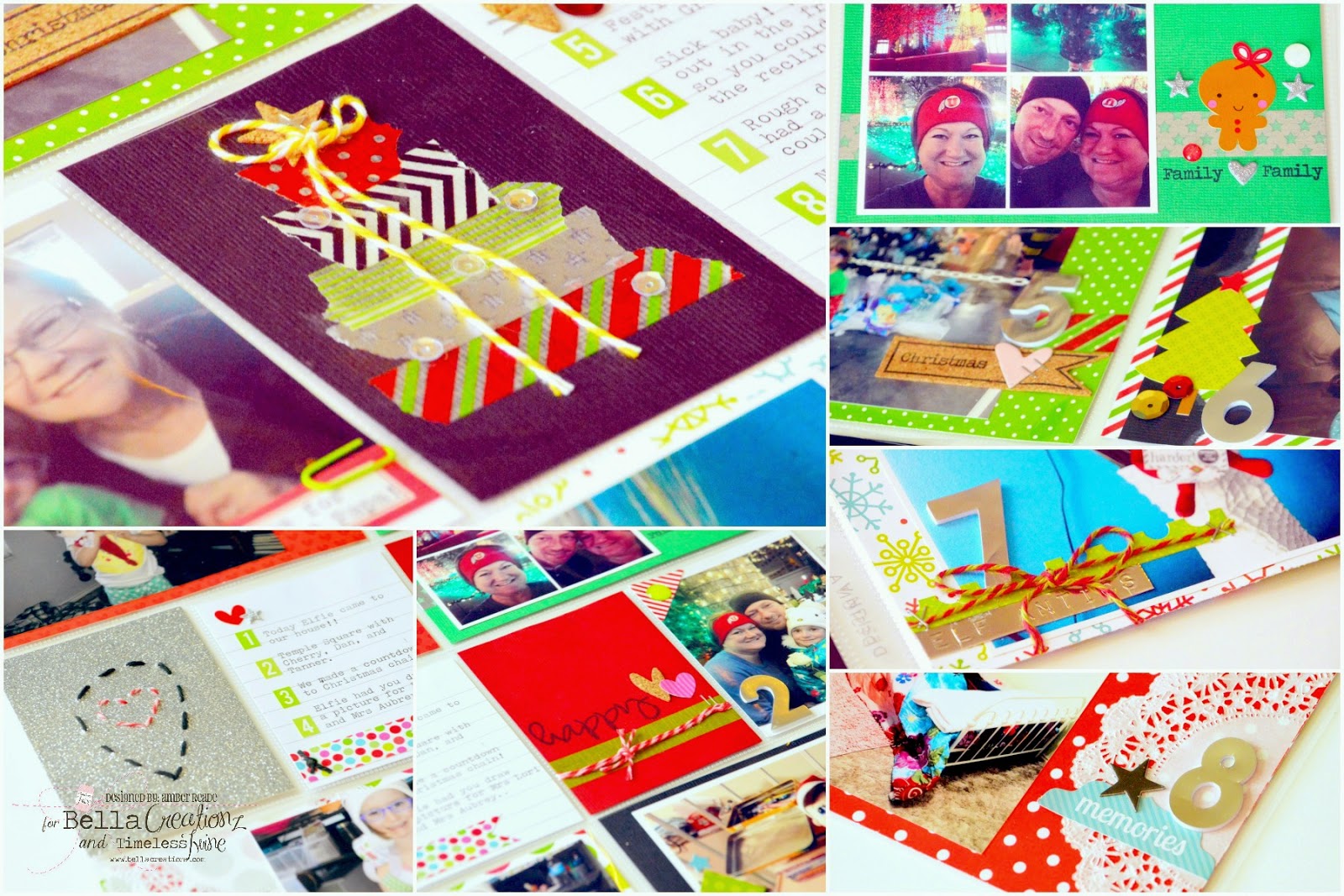 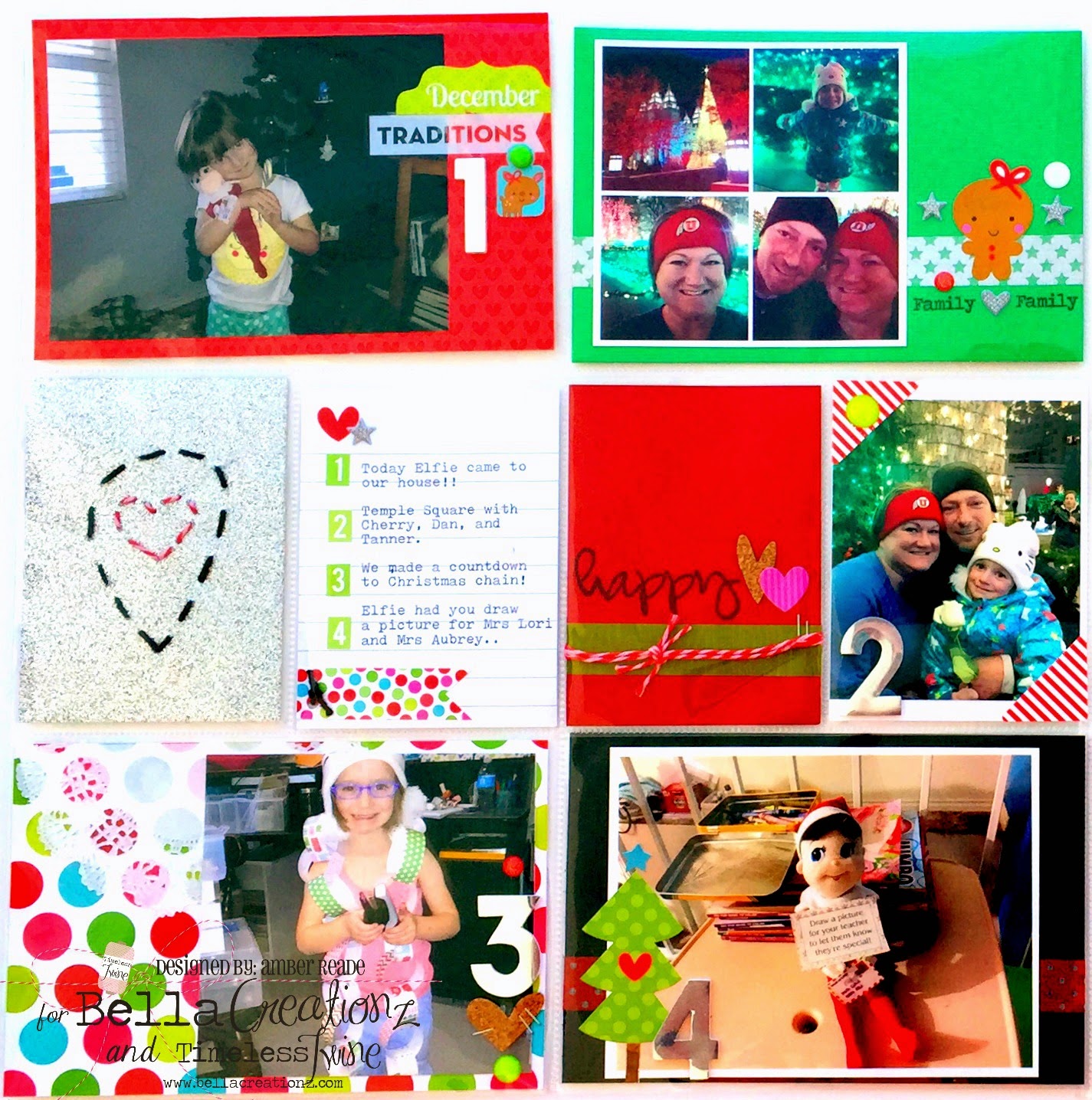 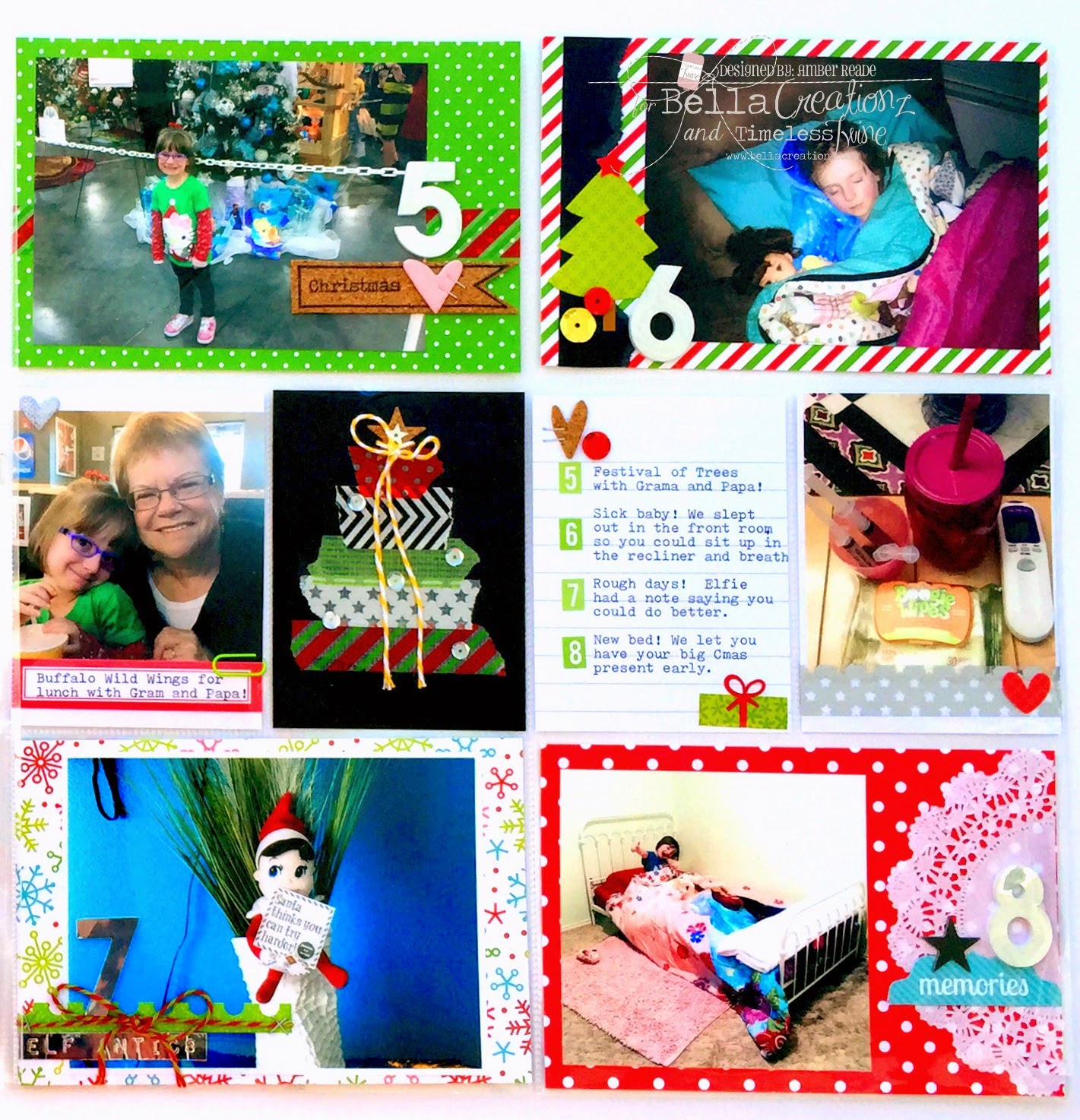 I REALLY enjoyed making this spread!!  Hope you enjoyed looking at it! ;)

You REALLY should check out the Bella Creationz Etsy store.  There's some fun stuff in there!! 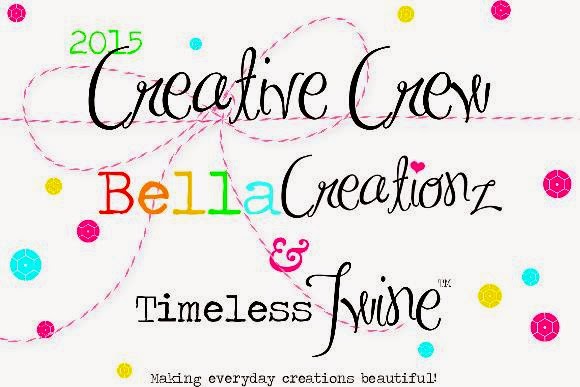